Are you a new mom? If so, welcome to the hood, mommy-hood that is. It is full of opinions, warnings, and hot-button issues like co-sleeping.

I MADE THE DECISION TO CO-SLEEP

When I first brought my 8lb baby home she slept in her crib. She was a heavy sleeper and I had to wake her every 2-3 hours to breastfeed. At the same time, I was pumping trying to build up a stash of breastmilk, for when I went back to work. I was in and out of the bed repeatedly throughout the day and night, breastfeeding or pumping, and even with all my effort, I was never able to pump enough milk to keep from needing to supplement. As a result, I was sleep deprived and honestly a frustrated mess.

Once my husband and I began supplementing, with this formula, the days got easier because my husband was able to help with feedings but the nights were still tough. I was in and out of bed constantly. This continued for several weeks before I made a change. I decided to co-sleep.

There are different opinions on whether co-sleeping is safe. Some sources suggest that co-sleeping with the baby in the same bed increases the risk of Sudden Infant Death Syndrome (SIDS). However, sleeping in the same room as the baby reportedly boosts development and sensory awareness.

Here you can find a full list of benefits for co-sleeping and some potential disadvantages.

I recommend talking about the decision with your medical provider and always making sure your baby is safe.

HOW I BEGAN CO-SLEEPING

As my baby got older, week by week, she slept less and ate more. Although we were supplementing, I was determined to continue providing breastmilk. Often, most of my breastfeeding was happening over in the night. Instead of putting my baby back in her crib, it became apparent that we could both get more rest if I kept her in the bed with me.

I was aware of the concerns about co-sleeping and SIDS, so to make co-sleeping an option for us, my husband and I invested in two products. We purchased a Pack’N Play and a Dock-A-Tot.

I heard of the Dock-A-Tot from Pinterest and YouTubers raving about how amazing it was. I was eager to give it a try until I saw the price. Sticker shock is an understatement. I wanted to know why a pillow with a cardboard base cost soo much. When my husband and I finally decided to purchase, it was a result of a personal recommendation and a little desperation on my part to try something that would help me and baby get more sleep while also helping me feel comfortable having my baby in the bed with me.

My baby slept well in the Dock-A-Tot. I was able to place it on the bed with me and breastfeed comfortably, without having to get out of bed. Halleju-ah! I felt more secure having my baby in bed with me and I began getting more sleep. Finally, breastfeeding in the night became less stressful. We were in the same bed rolling from the right side to the left side, feeding, and sleeping like pros. It was great until it wasn’t.

At around 6 months, my daughter was comfortably rolling from tummy to back and she began constantly roll/crawling out of the Dock-A-Tot. She was no longer interested in sleeping on her back. Now she was sleeping in a new position every hour. Often, with your tush up in the air.  Also, this is around the time I stopped breastfeeding.

We were at the stage of trying to get baby to sleep through the night and it was time for the Pack’N Play to get some love, up until this time it was primarily used as a holding place for bathroom breaks and times when I could use an extra 6 hands.

The Pack-And-Play is the preferred place for daytime napping and is easily moved to any place in the house for temporary use. It’s great because it is deep and has a mesh lining that makes it easy to see. If you are interested in having your baby sleep in the room with you this may work for you. Although we use this for napping during the day, at night, my baby sleeps in the bed with me and I pay the price.

CO-SLEEPING WITH A 9-MONTH-OLD

I’ve been hit, kicked, punched, and slapped, all because I co-sleep.

At 9 months, my daughter weighed in at 19lbs and is already walking. At our last well visit, she got a great report and is stronger than ever, I have the bruises to prove it (exaggerating); however, the nighttime sleep abuse is real.

I’ve been hit, kicked, punched, and slapped, all because I co-sleep.

Now, I know she isn’t intentionally throwing punches and kicks (maybe) but I had no idea how wild a little human could sleep. Are you in the same boat? If so, here is how I prevent nighttime scars from my baby:

Although the nights are rough, I live for the moments when my daughter wraps her arm around my neck or torso. My heart melts with pure love. I smile goofily and wonder why I can’t have more of these loving gestures during the daytime hours which are often filled with high energy play and raucous.

Co-sleeping is working for us right now, will I eventually want to have my daughter comfortably sleeping in her crib through the night, of course! But, I currently don’t want to leave her in a dark room alone in a place I have not prepared her to sleep.

If you are a new parent trying to determine if co-sleeping is right for you, listen to the advice of your medical provider and always make sure you are putting the safety of your baby first.

This is my story.

What prompted your decision to co-sleep or not co-sleep? Are you getting the 1-2 punch from your little one?

6 Ways to Increase the Likelihood of a Positive Birthing Experience 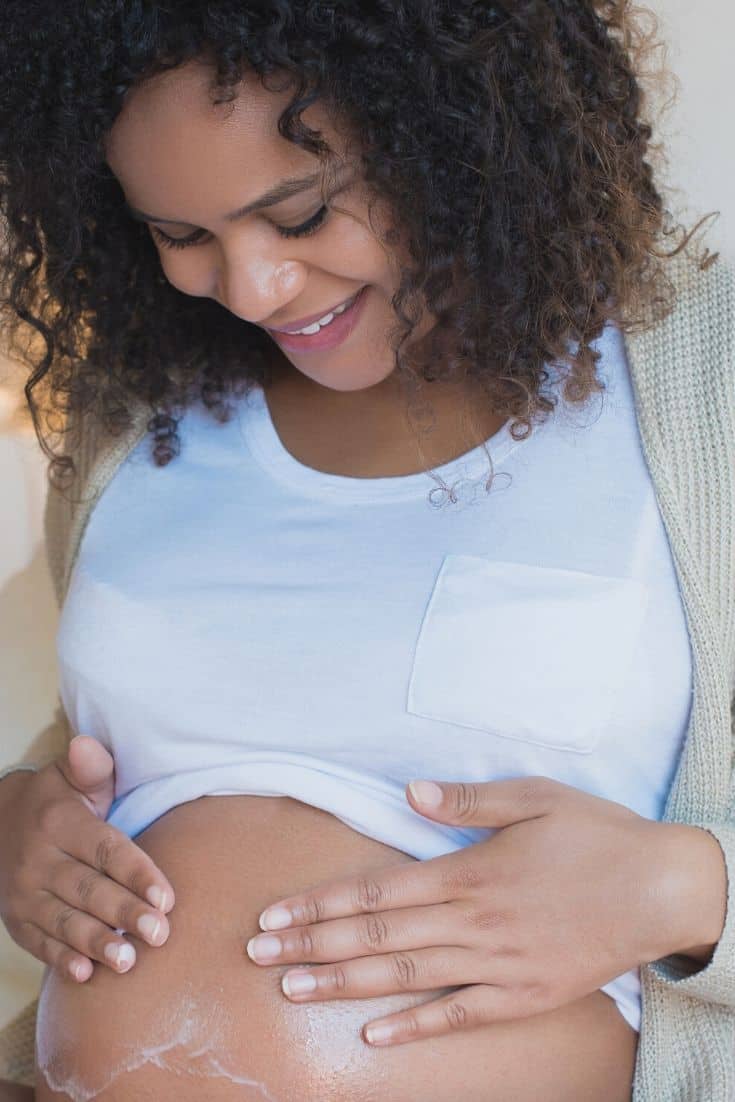 45 Items to Add to Your Baby Registry Checklist

Helping you cultivate confidence as you organize and manage pregnancy, motherhood, and family life intentionally.

Damn Good Mom LLC is a participant in the Amazon Services LLC Associates Program, an affiliate advertising program designed to provide a means for sites to earn advertising fees by advertising and linking to amazon.com.

The information provided is for educational and entertainment purposes only. Readers accept all responsibility for any liability, loss or risk, personal or otherwise, incurred as a consequence, directly or indirectly, from any information or advice contained here.